Police Co-op President Mr Ng Joo Hee believes in the enduring role of the Co-operative. Mr Ng states that it is imperative for the Co-operative to operate in the context of the Singapore Police Force’s greater mission, which is to protect Singapore and her residents from criminal harm. The Co-operative’s enterprise is central to the improvement of the police officer’s lot.

The work of the police officers is hard and difficult yet noble and uplifting. Thus, the Co-operative must enable its members to do their best at work. Specifically, the Co-operative’s raison d’etre is to, through its schemes, products and services, help police officers maximize their financial options, make the right investment decisions, and to offer support at the critical milestones in its members’ lives. Today, the Co-operative is well capitialised; owns several businesses, holds stakes in several others, and has accumulated an impressive real estate portfolio. The Co-operative is at its strongest and most effective when it is reliable, resilient and responsive.

The Co-operative has to be present and functional through fat times and thin. Particularly the latter, as arguably, that would be when options are least, and its services most keenly, sought and valuable, to its members. As such, the Co-operative has to consciously acquire a resilience that will endure the tides of rising and receding fortunes.

Responsiveness and resilience emanate from an overall reliability. Therefore, there exists a constant imperative for good and responsible management within the Co-operative; one that is clear-minded about the SPF’s wider mission and the Co-operative’s unique responsibilities, and devoted to improving the police officer’s lot.

“Our members are not just accounting digits, but are really a part of our family. Hence, we always look at how we can assist them in improving their lives and meeting their needs.”

Mr Ang Hak Seng has served in the Singapore Police Force for the past 20 years. Since 16 June 2004, he has been serving as Chairman of Police Co-op. Mr Ang sees the Co-operative as being people-oriented. The Co-operative’s members are not mere accounting digits, but a member of the family. Hence, the focus is on assisting members in improving their lives and meeting their needs. At the end of the day, it’s the members who form the Co-operative, and the Co-operative is always mindful of that fact.

In the years ahead, the Co-operative will need to remain focused on its traditional role while also keeping pace with changes in the financial landscape. The increasing membership numbers demonstrate the success of the Co-operative business model. Membership strength went up from 8,313 in 2004 to 9,013 in 2009. Total assets also increased from S$106.13 million in 2004 to S$174.37 million in 2009.

He foresees that the Co-operative will continue to pay competitive rates for members’ savings and adopt a holistic approach towards managing its members’ financial problems. In the area of paying out dividends, the Co-operative will continue to put aside funds during good years so that a steady rate of attractive dividends can be paid out to members, ensuring that their savings will always be maximized.

In addition, the Co-operative will continue to generate revenue through new business opportunities, joint ventures, and partnerships, especially in the area of consultancy.

The Co-operative strives to continue to increase membership numbers, and look for innovative ways to recruit members from the Home Team agencies and to maintain the highest standard of service excellence for existing members.

“If you want a highly professional Force, that values incorruptibility and integrity and fosters trust, then it is important to have a welfare system that officers can believe in. The officers need to know that they are cared for as much as they need to care for our communities.”

Mr Tee highlighted the importance of the Co-operative as a key welfare component in support of the vision and mission of the Singapore Police Force. He believed that it was important to have a welfare system that officers can believe in. The system would support a highly professional Force that valued incorruptibility, integrity and fostered trust. The officers needed to know that they are cared for as much as they were to care for the communities they serve.

Mr Tee related that the Co-operative started 85 years ago, when the Police Force had a totally different profile from the modern-day Police Force, especially for the lower ranking officers. Generally, they were poorly educated and poorly paid and many lower ranking officers got themselves into financial problems. It was clear to him that a police force with poorly educated and poorly paid officers would face the temptation of corruption.

In Mr Tee’s view, the Co-operative’s first priority was to encourage prudent living and continuous education for the members and their families. Scholarships were awarded to children of officers to motivate them. Recreational and material needs were met with the opening of the Co-operative shop and purchase of recreational properties for holidays.

Indeed, the Co-operative is a key component of the overall police welfare system established to care for and support the men and women so that they can have peace of mind to carry out their jobs and assigned tasks effectively.

“I realised that to effectively address these issues, the POLICE CO-OP needed to act beyond its capacity as a thrift and loan society and to begin to offer financial advice, counselling, and planning to members who were slipping dangerously into debt.”

Mr Khoo’s careers begin thirty-three years ago, when he joined the Singapore Police Force in 1977. He was appointed Commissioner of Police in 1997 and served in that role until 2010.

Mr Khoo became President of the Co-operative at the peak of the region’s financial crisis of 1997. During the crisis, there were police officers who lost significant proportion of their life savings when they speculated in stocks and shares. There were members who had run up high credit card debts and were unable to pay their dues. To effectively address these issues, Mr Khoo saw that the Police Co-op needed to offer financial counselling to members who were slipping dangerously into debt.

The key areas for the expansion of services to member included the important task of finding second careers for retiring officers. The opening of joint ventures and the offering of small business loans to retiring officers helped to kick-start many successful small businesses. Further revenue streams for the Co-operative and its members were also created.

Mr Khoo recognised the value of learning as a lifelong endeavour. Hence, during his presidency, the awarding of academic study loans for members, as well as grants and contributions to specific member-led initiatives were increased dramatically.

During Mr Khoo’s tenure, in 2004, the Co-operative had the second largest amount of funds under its custody in the credit co-operative sector. He inaugurated initiatives that helped to professionalise the workings of Police Co-op, such as the consolidation of services through the use of information technology and computerisation. He also oversaw the implementation of internal control mechanisms. He was aware that increasing members’ trust in Police Co-op’s management of their funds would retain existing members, and recruit the next generation.

Mr Khoo advises that the Co-operative has to strike a balance between the two roles – that of a thrift and loan society and a financial firm – while maintaining the core values of providing for the welfare of members and society. This will ensure that the Singapore Police Co-operative Society continues to remain the choice co-operative of personnel of Singapore Home Team Agencies.

“I wanted to be sure I understood the needs of our members, that I didn’t lose touch with the rank and file. The best way to do this was to meet up with the members myself.”

During his tenure, Mr Woon interviewed members personally, especially those facing hardship cases and in need of large amounts of financial assistance from the Co-operative. He wanted to be sure he understood the needs of members and remained in touch with the rank and file of the Police Force.

Mr Woon’s concern for members’ welfare often dovetailed with his interest in keeping the Co-operative’s services as current as possible. A keen believer in the future of e-commerce, he was instrumental in bringing about Internet-based services and computer training for Co-operative members as early as 1999.

When he first took over the helm of the Co-operative, Mr Woon knew that he wanted to increase the capital and revenue of Police Co-op by maximising its current assets in good investments. Four freehold properties were secured as investments. In addition, 3 strata-floors of the SK building at 250 Sims Avenue were acquired and one of the floors was converted to the Co-operative’s office headquarters.

All throughout his tenure which shaped the modern history of the Co-operative, Mr Woon’s greatest concern was always the well-being of rank and file members.

“These trips (knowledge-sharing trip) have helped to alter the operating profile of the Singapore Police Co-operative Society in many positive ways. It is through such knowledge-sharing trips that we first began to consider expanding our investment portfolio into real estate, for example. And the direct benefits to members from such activities cannot be disputed.”

Mr Lim Soo Gee became Chairman of the Singapore Police Co-operative Society in 1993. His vision was to create a more nimble Police Co-op with more robust outreach assistance programmes for the Co-operative’s most needy members.

Under Mr Lim’s chairmanship, initiatives such as the Bridging Loan Scheme, which helped members with down-payments when purchasing second properties in Singapore while waiting for the CPF Board or other organisations to grant loans, were extended and expanded. During his chairmanship, the Co-operative oversaw the expansion of loan schemes, co-ordinated large activities for members, re-invigorated the Co-operative’s investment profile and reached out to sister organisations overseas.

For Mr Lim, the one event that moved him personally was seeing several police officers appearing with their children at Police Co-op (Scholarship and Bursary Awards), to collect their scholarships for prestigious schools. It was gratifying to note that the children of police officers can be just as successful in their academic and life pursuits as those who are born into more socially advantaged families. 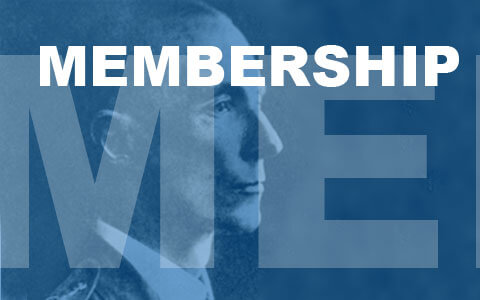 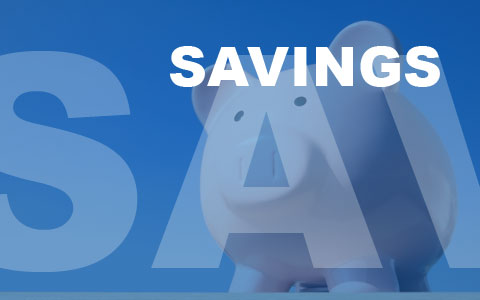 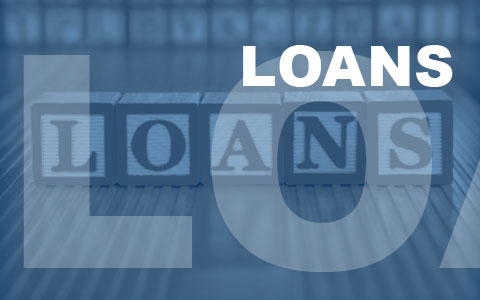 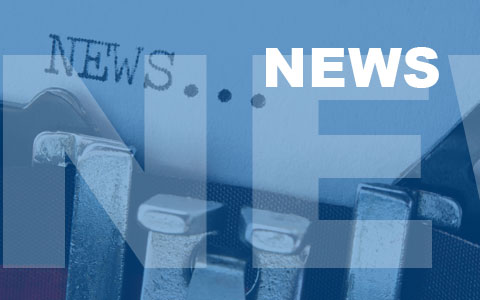 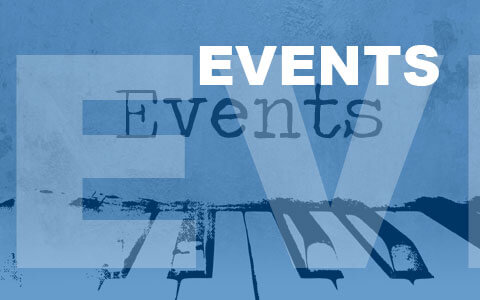 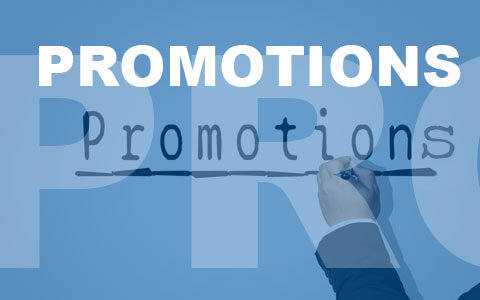 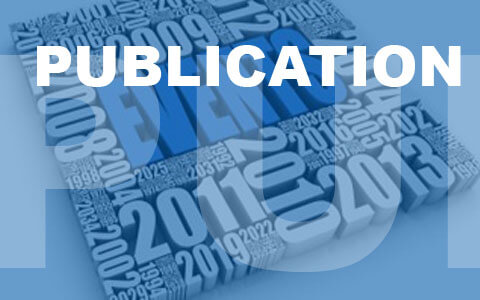